The Stammerer in History

There are a surprising array of historical heavyweights who were (like myself) afflicted with a stammer (or stutter, if you prefer). Given the obvious lack of audio recordings from centuries past, there is some real debate over the extent to which some of these people actually stammered, and in the interests of accuracy I will point out where that debate exists.

Here, quickly, are a few numbers: 1% of all people (and 5% of all children) have a stammer, and there are about 70 million stammerers in the world. The following list is very male-heavy, largely due to a patriarchal bias in history that we are only just beginning to overcome, but also partly because stammering is five times more common in adult men than women. This list includes people who either stammered as children and overcame it, or had the problem through adult life.

A good place to start would be none other than Moses, one of the towering figures of Jewish, Christian and Islamic history (he is mentioned more times in the Quran than any other individual). There are several Biblical references to Moses having speech issues, such as him being 'heavy of tongue', which have been interpreted to mean stammering. In Exodus 4:10 Moses speaks to God:


Then Moses said to Yahweh, “Excuse me, Adonai, I have never been a man of words, neither yesterday, nor before, nor since you have spoken to your servant. For I am heavy of speech and heavy of tongue.”

This being the Bible and all, scholars still dispute what was meant by this phrase, but I'm happy to claim Moses as a stammerer, especially as he attributed with performing feats like this:

A somewhat less impressive stammering leader of the Ancient world was the Roman Emperor Claudius, who was described by the historian Suetonius as also having weak knees that gave way under him, a shaky head, a tendency to slobber, and a nose that ran whenever he was excited. Still, despite all that, he was an emperor...

Here's a surprising did-you-know fact: At least two of the all-time great U.S. presidents carved into Mount Rushmore - Thomas Jefferson and Theodore Roosevelt - were stammerers. There are some who claim that George Washington also stammered, which would make Abraham Lincoln the odd man out here. As a search of the www will show, there are those who believe Barack Obama stammers, but this tends to be people who dislike him and think they can point and laugh at him for it. Obama is not a stammerer, although his vice-president Joe Biden used to be. 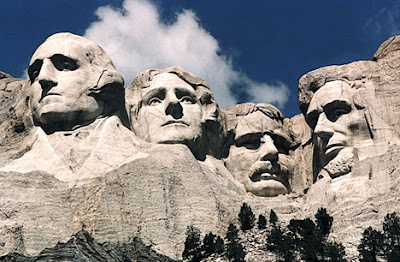 Other political A-listers who stammered, and whose level of greatness probably depends where you sit in the political spectrum, include Napoleon Bonaparte, Vladimir Lenin and Winston Churchill.

(Fellow stammerer and post-WWII British Labor minister Anuerin Bevan may be a lesser-known historical figure than these three, but he led the establishment of the National Health Service and is one of my own political favourites).

As a republican I will ignore the several stammering British kings because their place in history was determined by merely being born in the right place at the right time. However, some people who struggled with stammers or worse and worked hard to earn their place in history as giants of science include Charles Darwin, Isaac Newton and Steven Hawking, although Newton is one of those whose presence on this list is very much open to debate.

In Philosophy there was Aristotle and Ludwig Wittgenstein, although Aristotle was wrong on many things, including the idea that stammering was caused by a malfunctioning tongue. 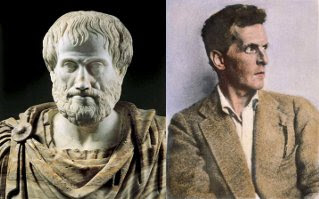 As for the world of Arts, we might not be able to claim such giants of Literature such as Shakespeare, Twain and Dickens, but John Updike, Arnold Bennett, the Roman poet Virgil, and Aesop were stammerers who found a way to express themselves via writing. Lewis Carroll was a life-long stutterer, as were his father and most of his ten siblings. The main character in W. Somerset Maugham's semi-autobiographical classic Of Human Bondage had a club foot, a device used to convey Maugham's own struggles with his stammer.

Singers who suffered with the condition at some point include Carly Simon, Noel Gallagher (Oasis) and Chris Martin (Coldplay). Three kings who also stammered were B.B. King, Nat King Cole, and Elvis Aaron Presley. A doctor encouraged the young Elvis to sing as a way to gain confidence and stop stuttering. Children at his primary school used to throw fruit at him and taunt him because of his problem, which continued into high school.

While some used singing to overcome the problem, others turned to drama. These include half the main actors in Pulp Fiction - Samuel L. Jackson, Bruce Willis and Harvey Keitel. Willis said of his childhood,


"I could hardly talk. It took me three minutes to complete a sentence. It was crushing for anyone who wanted to express themselves, who wanted to be heard and couldn’t. It was frightening. Yet, when I became another character, in a play, I lost the stutter. It was phenomenal."

Other actors on this list include Jimmy Stewart, Julia Roberts, Hugh Grant, Sam Neill, Nicole Kidman, the mighty Anthony Quinn, and James Earl Jones, best known as the voice of Darth Vader, and who overcame his own severe case by reading Shakespeare "aloud in the fields to myself". One icon who used a slow, breathy way of speaking to overcome her condition was the legendary Marilyn Monroe. 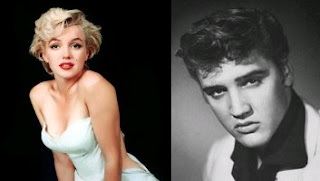 So while there might have been times in their lives when they would have struggled to say the word 'history', many of these people left their mark on it in a big way.