Ancient Aliens Are Not History: The Credulousness and Despair of Our Times

Remember when the 'History Channel' used to be have shows on about History instead of UFOs, ghosts, unicorns, mermaids, or whatever else is popular this week with people who don't like history? Those were the days. 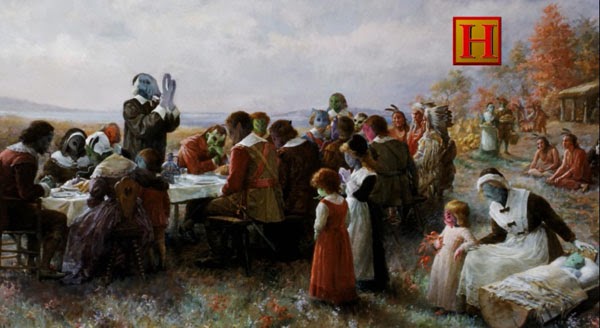 One of the shows currently infesting the channel and the minds of gullible viewers is 'Ancient Aliens'. The History Channel's own synopsis for show reads:


'Ancient Aliens examine [sic] 75 million years of the most credible alien evidence here on Earth, from the age of the dinosaurs, to ancient Egypt, to the skies over the western desert in the present day US. Ancient cave drawings of strange creatures, an asphalt-like substance in an Egyptian pyramid made from the remains of unidentified creatures, continued mass sightings in the USA, these are just a few of the strange stories that will be investigated.'

In a nutshell, the show parrots Erich (Chariots of the Gods?) von Däniken and his theory that beings from another planet visited our ancestors and imparted their knowledge of astronomy, engineering and mathematics to them. The evidence for this can allegedly be found in ancient monuments such as the Nazca Lines, the Pyramids of Giza, and the statues of Easter Island. It's the usual amalgam of wild speculation, logic Fails, and interviews with people of very dubious authority and hairstyles.

I read some of that von Däniken stuff over 30 years ago, and to a young mind it can seem quite convincing. But that's because you want it to be true. Only ten years earlier you believed in Santa and the Tooth Fairy. You want the universe to be full of magic and sci-fi wonder. You want there to be Sasquatch and an afterlife and aliens and dinosaurs in Scottish lakes. All that stuff would be brilliant.

Then, one by one, all the great myths of the 20th century were exposed. The Loch Ness monster photo was a fake. The Bermuda Triangle doesn't exist. The Face on Mars was a pile of rocks. The Bigfoot footage was a fraud. Ghost photography - all fake. And so on. There were dissenting expert viewpoints to von Däniken and it soon became apparent that he was talking out of his hat. The great Carl Sagan summed it up beautifully when he wrote:


'That writing as careless as von Däniken's, whose principal thesis is that our ancestors were dummies, should be so popular is a sober commentary on the credulousness and despair of our times... I also hope for the continuing popularity of books like Chariots of the Gods? in high school and college logic courses, as object lessons in sloppy thinking.' (foreword to The Space Gods Revealed)

In the 21st century the hoaxes seem to be getting more elaborate and taking the form of TV series, but they are still easily debunked by those who know better. A couple of good articles that pull 'Ancient Aliens' apart are 'I remember why I've never wanted satellite television' and 'Ancient Aliens, or Why I Hate the History Channel'. 'South Park' also did a brilliant send-up of the History Channel and Ancient Aliens.

Is the History Channel presenting these documentaries as 'object lessons in sloppy thinking', as Sagan would have hoped? It would seem not. Even though von Däniken has been consistently discredited by scientists and historians, his fantastical theories continue to find an audience, primarily with the same old aim of extracting cash from them. A fool and his money...

Other so-called 'educational' channels such as Nat Geo and Discovery are getting in on the act with increasing amounts of pseudoscience and pseudohistory content. Even Animal Planet is debasing itself with 'haunted pet' shows and entire series on Bigfoot hunting. It's sad that David Attenborough lived long enough to see this happen. Let's hope he hasn't noticed.

We can't even invoke that disingenuous last line of defence for paranormal frauds - "it's just a bit of fun". Not only do the people serving this stuff up demand to be taken seriously, but this it is actually affecting the worldview of a lot of vulnerable people. For example, when singer Kate Perry told Rolling Stone in 2011 that she had become obsessed with Ancient Aliens because 'When it talks about the sky people, how everyone comes from the sky and how the Pyramids were used for star observations, it's too much for me. It all seems to connect the dots. It's blowing my mind,' you just know she has millions of impressionable fans taking that opinion on board.

Why are large sections of the TV-viewing western world retreating into an Age of Unreason? Is 21st-century mass communication allowing people to exist in cocoons of their own unreality, cherry-picking sources of information that conform to and reinforce their own worldview, so their mind moves in ever-decreasing circles? We all do it to some extent, but has it allowed certain governments to seemingly give up on evidence-based solutions to social problems (crime, climate change, communications infrastructure, you name it), and yet find wide support for their wilful ignorance? If scientists can be ignored, what chance have historians got? When Australian Education Minister Christopher Pyne launches culture wars to demand children are taught his view of History, how do historians push back? Projects like Honest History will help, but when supposedly authoritative outlets like the History Channel actively engage in dumbing down history it gets that much harder.

The last word here goes to Keith Fitzpatrick-Matthews over at 'Bad Archaeology', who summed the whole sorry mess up like this:

'I find it incredible and frightening that a worldwide distributed television channel that bills itself as ‘The History Channel’ can broadcast such rubbish as Ancient Aliens. If it were an entertainment programme, I’d have fewer worries (although it would still make me cross); it is the implied authority of the channel (‘The History Channel’, not just any old ‘History Channel’) that makes the broadcast of this series so potentially damaging... A channel that is making claims for its authoritative status, which offers educational resources, has a responsibility not to mislead its viewers (no doubt its executives think of them as ‘customers’). That responsibility is one that all makers and broadcasters of supposedly factual television have, but one that few of them take seriously: the responsibility to check facts.' 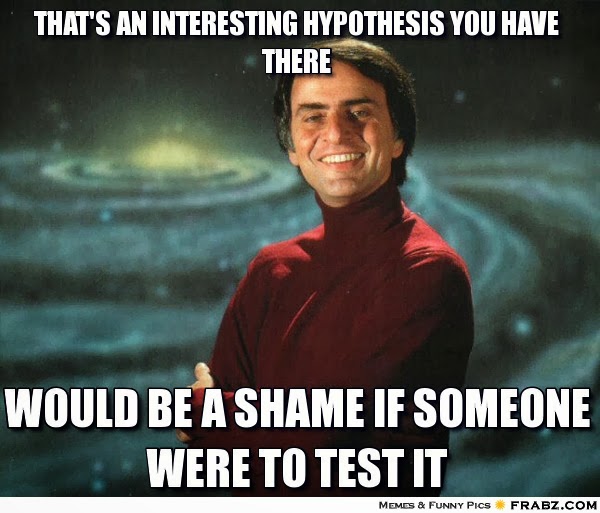