'That some better method of inflicting death than hanging should be adopted we readily admit. It is at best a disgusting method of execution, and is liable either to degenerate into something like torture, or else to lead to a shocking mischance such as happened yesterday. There are many well-known methods of producing painless extinction, and one or other should be adopted.' (Brisbane Courier, 14 June 1887)


So wrote one reporter after the execution of Ellen Thomson at Boggo Road, during which the rope cut into her neck and blood gushed over the floor. And he was right. Hanging is one of the most unpredictable methods of execution and often did not go according to plan (which in the late 19th century was to break the prisoner's neck quickly and cleanly). However, some prisoners in Brisbane were strangled to death as a result of the 'drop' not delivering enough force to the neck, while on other occasions the head would be almost removed due to too much force. In fact, on one memorable occasion in 1879, the prisoner's head WAS completely pulled off when he reached the end of the 'drop'.

There was much debate around that time as to the best method to use, and while the French still used the more predictable guillotine, the electric chair was being developed in the USA. The unpredictability of hanging drew occasional comment in Queensland newspapers on the subject of alternative execution methods. These correspondents apparently gave a lot of thought to the subject, some of them much more than seemed healthy.

When convicted murderer Patrick Collins was hanged at Petrie Terrace prison in 1872 he was given an unusually high drop and the shock of the fall resulted in in his head almost being severed from his body. The sight was apparently ‘sickening to behold, and many turned away from it in horror’, and prompted John Kelly of Fortitude Valley to write to the Brisbane Courier to complain that hanging was ‘barbarous and unscientific’. He helpfully suggested that garrotting be used instead, in order to make the ‘the operation as physically painless as possible to the victim, and as little revolting as possible to the beholden’:


The “garotta” is an instrument which fulfils these conditions. An armchair, in which the victim is seated, his legs and arms secured to those of the chair, an iron collar, having inside the back, in a recess, a sharp chisel-shaped cutter, which can be shot forward by some mechanical contrivance, is adjusted around his neck; a touch from the executioner, and the cutter, entering the neck, severs the spinal cord, and, without a groan or a sigh, earthly life ceases to exist. No red torrent gushes forth, no nervous struggles shock the onlookers. Is not this a more scientific and more humane way of severing the spinal cord, than our rude way of wrenching asunder the cervical column? In many parts of these colonies, people kill their cattle in an analogous manner, but by simpler means. (Brisbane Courier, 15 June 1872)

A Queensland Times correspondent of 1874 suggested that it was ‘by no means certain that in hanging and beheading that death is instantaneous’, and so suffocation by carbolic acid gas should be used. The writer recommended that, after the prisons of the colony had been ‘furnished with air-tight cells and other proper apparatus’, execution could be carried out in what amounted to a gas chamber. 'D.H.F.', another advocate of carbolic acid gas, went to greater lengths in 1892 and described the required apparatus, which he felt was ‘far preferable to hanging, decapitation, garroting, or this new-fangled “electrocution”’. 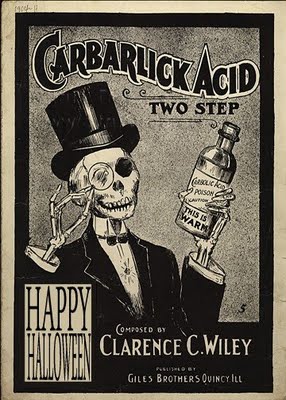 'Construct an air-tight perpendicular shaft, say 3ft. square by 10ft. in height, open at the top, and provided with a close-fitting door. The floor would consist of perforated metal, which would form the top of a small chamber airtight at the bottom and sides. Inside the shaft would be a seat on to which the criminal would be strapped, after which the door would be closed. A strong iron vessel containing lime and sulphuric acid and provided with a stop-cock would be placed in the airtight chamber below the floor. When all was ready this vessel would be opened and the gas would pass up through the perforated floor carrying the ordinary air above it. If a sufficient supply of carbonic acid gas is generated death must ensue very rapidly. Anyone wishing to experiment on a small scale with this method of causing death may easily do so with a glass tube about 1ft. long and 3in. or so in diameter. It would be very easy to fasten a floor of wire gauze about 3in. from one end. An ordinary bottle will take the place of the iron vessel, and the carbonic acid gas can be produced with the ordinary tartaric acid and soda of commerce. By some such apparatus the effect of the gas could be watched on a mouse or some other small animal.' (Brisbane Courier, 27 April 1892)

Just before the first Boggo Road hanging took place in 1883, 'Verdugo', a correspondent to the Brisbane Courier, described hanging as ‘a troublesome, difficult, and illiterate', and advocated poisoning condemned prisoners in their sleep and then hanging them afterwards for the statutory hour.

In 1893, 'Humanity' wrote that he had ‘often thought that drowning would be an excellent method of execution, and one free from many of the disagreeables associated with execution by hanging, beheading, and electricity.’ He had, in fact, given the subject enough thought to devise the following:


'Requirements: An iron tank, 10ft. by 4ft. in diameter, open at the top, and filled with water, placed in position so that the top would be level with the floor on which the officials and the victim would stand. The victim, having had his hands tied behind him, and a weight of 100lb. or so fastened to his feet, would be lowered foot first into the water, and after remaining submerged half-an-hour, would be lifted out, and the customary ceremony of pronouncing life extinct performed.' (Brisbane Courier, 18 July 1893)

Despite all this 'expert' advice, no garrotting chairs, gas chambers, midnight poisoners or drowning tanks were ever required at Boggo Road and the Queensland government persisted with hanging until the last execution took place in 1913. They must have been reassured, however, that upstanding citizens were out there devising new-fangled murder contraptions and sharing their plans in the newspapers.

Email ThisBlogThis!Share to TwitterShare to FacebookShare to Pinterest
Labels: hangings