There are some good people involved in the paranormal field, but unfortunately there are some not-so-nice ones too. One group some friends and I had particular problems with several years back was 'Queensland Paranormal Investigators' (QPI), who et themselves up to run commercial Ghost Hunts. These ghost hunts were to be held in places like South Brisbane Cemetery and were also planned for Boggo Road. QPI and their colleagues tried to scare off 'competition', and around 2010, when we were planning our cemetery night tours, they were very antagonistic towards the Friends of South Brisbane Cemetery. 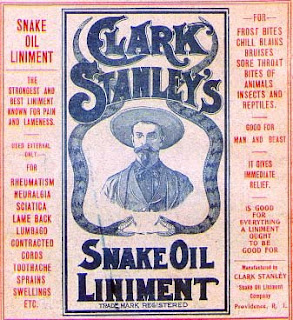 My own opinions aside, other people have used very harsh language describing the people involved in QPI. Stephen Downes, a contributor to Channels 9’s A Current Affair, pulled out of show after ACA aired an uncritical segment on the ghost hunts offered by QPI/Ghost Tours in early 2010. He did not hold back in this article 'Who ya gonna call? Ghost boasters apparently':


'All right, so QPI will be dismissed by most people as an hilarious loser... But how can ACA risk its credibility as a “scam-busting” program by presenting complete and utter bullsh-t such as this? As someone who has appeared on ACA from time to time to comment on marketing issues - drawing on published studies in consumer behaviour and peer-reviewed academic literature on marketing and brand management - I actually feel embarrassed to have been seen in the same company as these charlatans.'

Harsh words, but nowhere near as harsh as those used by the folks who run the website exposing ‘Australia and New Zealand Military Imposters’ (ANZMI). These are very passionate people who do not mince words, and in one exposé about a military imposter they opened up with this:

'A psychopathic liar has no conscience, no feelings of guilt or remorse, and he cares not a fig for the well being of friends or family members he betrays. He does not struggle with shame no matter what kind of harmful or immoral lies he tells.'

The rest of the article goes downhill from there. They are talking about Shane Townsend, a founder of QPI who can be seen in this photo with his 'Ghost Hunts' partner ‘Jack’ Sim.


It’s a long article that you really have to read to believe. They write:


'As a further insight into the personality of Townsend, he claims in media reports and on web sites to be a Psychic Medium and claims to have been tested at the University of Canberra and the ABC Testing unit for gifted children. His claims of being a gifted Psychic are for those gullible people silly enough to believe him, we do however know that he is a gifted liar. Townsend has:

Those who were offended by Shane and the Ghost Tours/QPI people 'ghost hunting' around war graves in the South Brisbane Cemetery on a cheesy TV show a few years back will sense some karma in all this.

Like I said before, I know good people who dabble in the paranormal, but shonky characters are attracted to the paranormal industry like moths to a flame. It is not a science, it is not regulated, there is no definable right or wrong way of doing it, it lends a thin veneer of mystery to otherwise suburban personalities, and you get to deal with some very impressionable people and maybe even get to take their money. When these types try and make it hard for us to carry out our not-for-profit History activities it gets frustrating, but people like Liam Baker over at the 'Haunts of Brisbane' website do a good job of trying to lift standards in the field of paranormal research.

'Hilarious losers', 'complete and utter bullshit', 'charlatans', 'psychopathic liar'. Harsh words, but not mine. The ANZMI website puts it well:

* This article was originally published in 2011. 'Queensland Paranormal Investigators' appear to have not been active since that year.