How Many of These Ten Historical Misconceptions Did You Believe?

I have been looking at some common historical misconceptions, many of which I believed myself. How many of these ten myths did you think were actually true?

1. KING CANUTE COMMANDS THE TIDE
King Canute (or Cnut the Great, king of Denmark, England, Norway, and parts of Sweden, lived circa 995-1035) is popularly believed to have been so delusion that he stood on the English coastline and tried to command the tide to reverse. There are two angles on why this never happened. 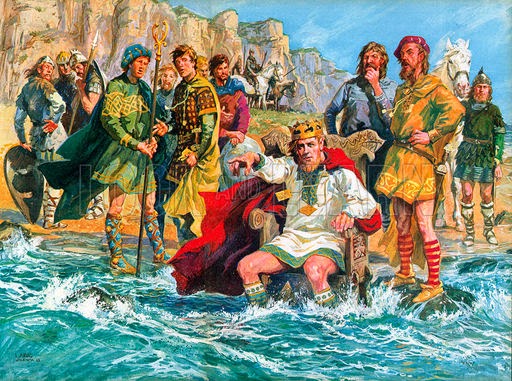 Firstly, an account of this event was written within 60 years of Cnut’s death, in Historia Anglorum by Henry of Huntingdon. In this version, when Cnut’s orders were ignored he was said to have pronounced, ‘Let all the world know that the power of kings is empty and worthless and there is no King worthy of the name save Him by whose will heaven and earth and sea obey eternal laws’. Therefore the event was intended to illustrate his piety, that he knew his power was nothing besides that of God.

On the other hand, some academics argue that the tide thing never happened at all, and 12th century historians were known for making up stories about Anglo-Saxon kings. The real Cnut probably showed no signs of such humility as he ruled a vast empire using fearsome military power.

2. GEORGE WASHINGTON AND HIS AMAZING TEETH
US president George Washington is widely thought to have had teeth made out of oak. Poor George experienced regular toothaches, decay, and tooth loss throughout his adulthood, probably due to poor diet, disease and genetics. Prior to the Revolutionary War he wore a partial denture with ivory that was wired to his remaining real teeth. 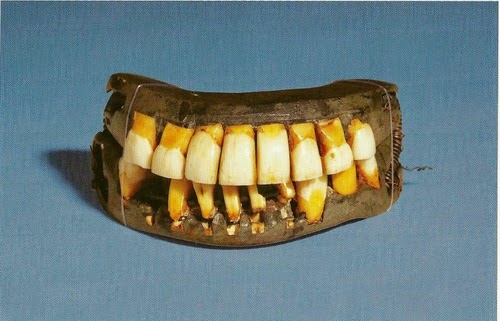 When Washington was inaugurated President in 1789 he had only one real tooth left. Dr. John Greenwood, a New York dentist, former Revolutionary soldier, and American dentistry pioneer, fashioned a technologically advanced set of dentures carved out of hippopotamus ivory and employing gold wire springs and brass screws holding human teeth. These dentures are now on display at the Baltimore College of Dental Surgery.

3. HORNED VIKING HELMETS
There is no historical evidence that Vikings wore horns on their helmets. In depictions dating from the Viking era (during the 8th and 11th centuries) their warriors appear either bareheaded or clad in simple helmets probably made of either iron or leather. Archaeologists have never unearthed a Viking-era helmet embellished with horns. The only complete and definitively ‘Viking’ helmet found (in 1943, on a Norwegian farm) has a rounded iron cap, a guard around the eyes and nose, and no horns. 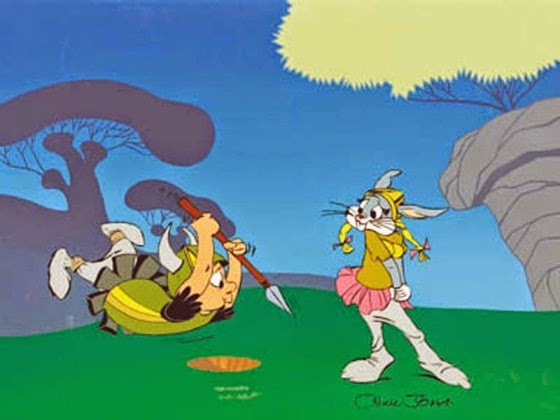 The ‘horn’ stereotype was probably created by those Scandinavian artists who produced images of Vikings in horned helmets in the 1800s. These were also used in the scenography of an 1876 production of the Der Ring des Nibelungen opera cycle by Richard Wagner. These depictions could have been inspired by 19th-century discoveries of ancient horned helmets, but those helmets predate the Vikings. Ancient Greek and Roman chroniclers also described northern Europeans wearing helmets adorned with all items such as horns, wings and antlers, but again this predated Vikings.

4. SEEING THE GREAT WALL OF CHINA FROM SPACE
In his 1938 publication, Second Book of Marvels, Richard Halliburton stated that the Great Wall of China was the only human-made object visible from the moon. However, the Great Wall is only a maximum of 30 feet wide (no wider than some roads) and is about the same colour as much of its surroundings, making it barely visible to the naked eye while orbiting Earth, much less from the moon, which is about 239,000 miles away. 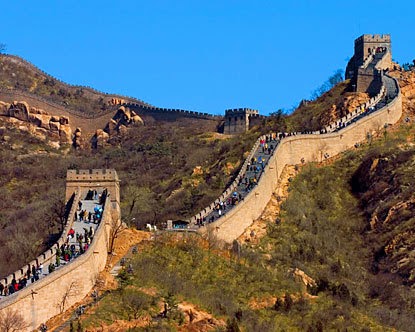 The Great Wall myth became a source of pride for the Chinese nation, so when the first ‘taikonaut’ Yang Liwei returned from the Shenzhou 5 space mission in 2003 and admitted to reporters that he had not seen the Great Wall, there was widespread disappointment. The Chinese Ministry of Education even revised its elementary school textbooks, which had long claimed the wall was visible from space. No small task for the Earth’s most populous nation.

5. THE GREAT CHICAGO FIRE WAS STARTED BY A COW
The Great Chicago Fire (1871) started when a fire burned down the O'Leary family's barn before spreading to consume a large part of the city. The massive fire killed up to 300 people and left 100,000 homeless. A contemporary newspaper reporter wrote that the fire had started when a cow, while being milked by a woman, had kicked over a lantern. This woman was soon identified as Mrs Catherine O'Leary. This story is still widely circulated even today, even though the reporter admitted over 20 years later that he had in fact made it up for ‘colorful copy’. Widespread anti-Irish attitudes at the time would have encouraged the scapegoating of the O'Leary family. The official report on the Great Chicago Fire was not able to determine how the fire started. 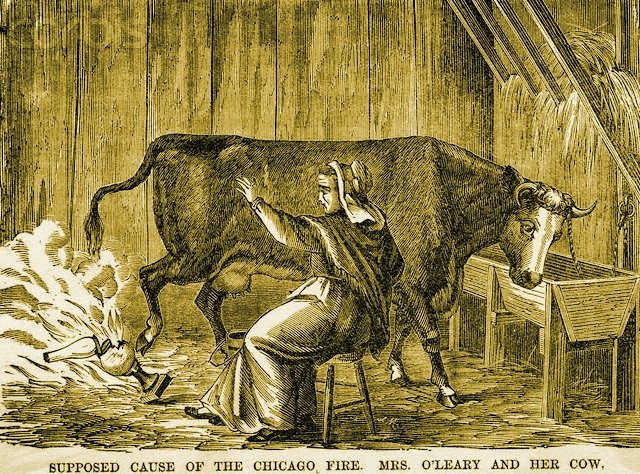 6. HOW SHORT WAS NAPOLEON?
Napoleon Bonaparte is often evoked as the stereotype of the ‘angry short man’, suggesting that his domineering ambitions were to compensate for his lack of height. He even had the nickname of ‘Le Petit Corporal (‘The Little Corporal’). Depictions of him in movies tend to the short side, such as in the comedy ‘Time Bandits’ in which he drunkenly pronounces: 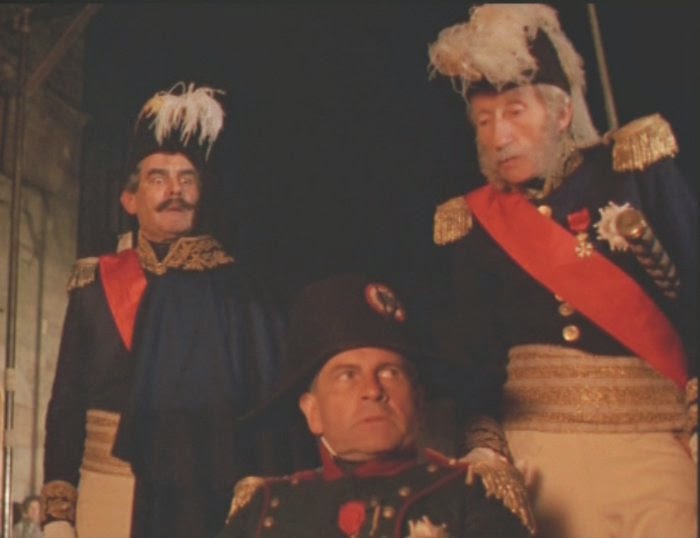 That would make him 5’1”, but in reality he was 5’7’ tall, which is not massive but it was one inch taller than the average height of Frenchmen in the late 18th century. So he wasn’t at all short by the standards of his day. So why the nickname? Well, some soldiers used it early in his military career to mock his relatively low rank and the name stuck.

7. CINDERELLA'S GLASS SLIPPERS
More than 500 versions of the classic fairy tale ‘Cinderella’ exist, dating back as far as the 9th century. In each account she has either a magic ring, or magic slippers made of rare metals such as gold or silver, sometimes covered with gems, but never once was there any mention of glass slippers. 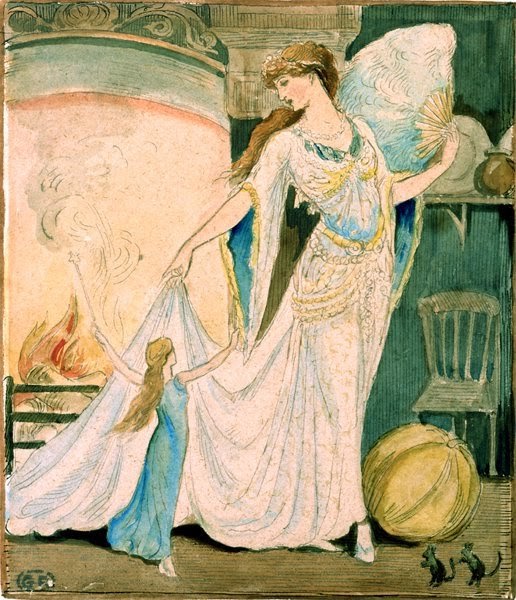 The modern take on the slippers was caused by a mistranslation. In early French versions of the story, Cinderella wore pantoufles en vair, or ‘slippers of white squirrel fur.’ Frenchman Charles Perrault wrote his version of the tale in 1697, but by that point the word vair had vanished from the French language. He wrongly assumed it should have been verre, meaning ‘glass’, and so the glass slippers made their first appearance. The popularity of Perrault’s work meant that this became the dominant version and has stayed with us ever since.

8. WHICH FRUIT DID ADAM &amp; EVE EAT?
The most common response to the question ‘what type of fruit did Adam and Eve eat in the Garden of Eden?’ is ‘apple’. Yet there is no mention of an apple in the Book of Genesis account of this story, only that they were evicted from the garden for eating ‘the fruit of the tree which is in the midst of the garden.’ It could have been an apple, but we don’t know. Some biblical scholars think it was a fig, since Adam and Eve dressed in fig leaves, while Muslim scholars think it may have been wheat or possibly grapes. 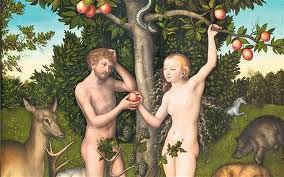 
'I’m so tired, I’m feeling so upset.
I’m so tired, I think I’ll have another cigarette.
And curse Sir Walter Raleigh, he was such a stupid get.’

So sang John Lennon in the 1968 Beatles’ song ‘I’m So Tired’. He was having a little dig at Walter Raleigh for introducing tobacco to England. Raleigh is well known to English history as an explorer, courtier and privateer and there are a number of myths surrounding him, chief among them the story that he returned from his visit to the New World (America) with England’s first potatoes and tobacco. In reality, potatoes were actually cultivated in Italy in 1585, and their popularity spread quickly throughout Europe and across the English Channel. As for tobacco, it was Jean Nicot (for whom nicotine is named) who introduced tobacco to France in 1560, and its use spread to England from there 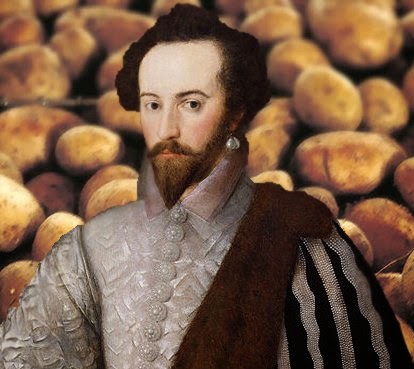 10. COLUMBUS PROVED THAT THE EARTH WAS ROUND
The Italian explorer Christopher Columbus is widely thought to have set out to prove that the Earth was round, defying the common, flat-earther belief of the time. This theme is usually played up in movies about him, such as the 1949 pic ‘Christopher Columbus’, in which the narrator authoritatively announces within the first 30 seconds of the movie that 15th-century people generally believed the world to be flat.

The truth is that most educated Europeans of the day already knew that the world was round, and this had been a fairly common belief since the 4th century BC. Even so, Columbus himself thought that the Earth was actually pear-shaped! What he did set out to prove was that Asia was much closer than anyone thought (he was wrong). 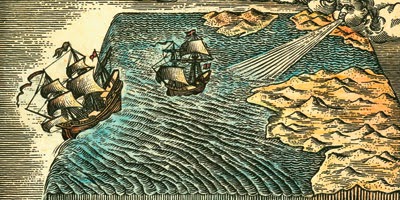 It was American author Washington Irving in his 1828 historical novel A History of the Life and Voyages of Christopher Columbus who first portrayed the flat-earth aspects of the voyage, and Hollywood has often followed that same script.