What Lies Beneath: The Secret Underground History of Brisbane

(This article was originally posted in 2012)

It occurred to me recently that there is a lot of nonsense floating around about old underground cells and tunnels in Brisbane. If the rumours are to be believed, Brisbane is sitting atop a vast subterranean network of 19th-century hidey-holes and secret passageways, and its a wonder the whole city doesn't just collapse into the ground. 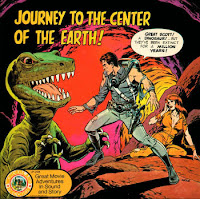 Boggo Road has more than its fair share of such stories, but the old Brisbane Gaol that stood on Petrie Terrace during 1860-83 has a couple of its own. One mystery involves the remarkable 19th-century reporter Julian 'The Vagabond' Thomas, who wrote a whole account of his time locked in an underground cell there in 1877. He described in detail of how the gaol governor kindly granted him access to the cell for six hours, his arrival at the gaol, the structure of the cell, and of how he and the governor shared drinks afterwards. However, there is actually no other evidence that this cell even existed. It is not on any existing plans, it is not mentioned in any other records, and it didn't show up during a recent archaeological dig of the area. Now, I'm a bit of a fan of Thomas, who did great work going 'undercover' in prisons, immigrant homes, asylums, soup kitchens, etc, but this one is hard to explain away. Did he just make it up? Quite possibly, but if that was the case then why did the gaol governor Frederick Bernard not rebut his story?

Another story I heard about the old gaol was that a secret tunnel ran between it and the Lord Alfred Hotel (est. 1870 as the Prince Alfred Hotel), directly across Petrie Terrace. What is now used as the cellar was reported to have been used as a lock-up in the 19th century, but the police have no record of them ever being used in this way. A few years back I actually got to go and investigate this place, which to tell the truth looks much like a regular hotel cellar, but there is what appears to be a short passageway running in the direction of Petrie Terrace, blocked off with a fibro sheet. However, historian Thom Blake, who worked on the archaeological dig across the road, reckons there is no tunnel here and this is just an urban myth.


Some underground cells that actually did exist were the infamous 'Black Holes' of Boggo Road, but from my time working at the Boggo Road Gaol Museum it is clear that these cells have become a highly misunderstood part of the prison's history, mainly due to confusion of different cells used in different eras. The original No.1 Division was built in 1883 with two underground cells, also known as 'black peters', which were used to hold troublesome prisoners for 24 hours or so. They were down ten stone steps under a trapdoor in the floor. A former superintendent described them in this way in 1982:


"An abrupt left turn and a half dozen paces brought you to the door of the cell. When this door opened, it revealed another door hinged to the inside of the cell wall with a buffer area of fourteen inches between each door. Even with both doors open, the darkness inside the cell was incredible. The air was foul and the floor was usually covered with water from underground seepage. The use of the black peters in this wing was discontinued some years ago. To sentence men however bad they may be, to be locked away in these cells was barbaric to say the least, and their use should never again be contemplated."

B Wing also contained two ‘dark cells’, which were also underground but were better ventilated as they adjoined an external wall. The new No.1 Division, built 1968-74, also had punishment cells, which became infamous as the modern ‘black holes’. Although these were mostly underground, they were built into sloping ground and so had some external ventilation. They were, however, felt to be inhumane and were closed in 1984 under public pressure. In late 1987 the Bjelke-Petersen state government made a controversial decision to reopen the cells in order to contain Aboriginal protesters who were felt to be a threat to World Expo '88. This move sparked major riots across the Boggo Road prisons. The punishment cells were closed by the state government in 1989 as they were in breach of United Nations regulations regarding the treatment of prisoners.

Another subterranean feature of Boggo Road was the tunnel at Boggo Road connecting the two male divisions of the prison, allowing inmates to be securely transferred to and from the No.2 Division workshops. This tunnel was built when the workshops opened in 1929. The roof of this tunnel was removed during 1970s construction work and the tunnel was filled with rubble. An archaeological survey in 2005 located the tunnel (right), which was fairly well preserved, but it was decided that tunnel was not historically significant enough to warrant preservation. I witnessed this excavation.


The remains of this tunnel were destroyed by construction work on the Ecoscience building next to the prison, but at least it did exist, unlike another Boggo Road tunnel that I recently heard about. This tunnel allegedly ran underneath Annerley Road to the Boggo Road prison, and was used to transport laundry between a convent built on land opposite the Dutton Park primary school and the prison. Is it just me, or would there be risk management issues in digging a tunnel from a prison directly into a convent? Apparently, this this story used to be told by 'Ghost Tours' and so, needless to say, the tunnel was totally haunted. The story, needless to say, is total codswallop.

Not only was there never a tunnel under the road... there was never even a convent there! The land was the site of Websters bakery from 1880s until the mid-19th century, and some time later the land was purchased by the Sisters of Mercy with a view to putting a hospital staff car park there. There absolutely never-ever was a convent anywhere on Annerley Road.

There is a certain irony that the Boggo Road reserve is now sat atop some major tunnelling activity. A huge Busway tunnel was excavated directly beneath the prison in 2009, and now there are on/off/on/off plans afoot to excavate a rail tunnel right next to the prison. When complete, this tunnel might also be used to transport laundry to imaginary convents around Brisbane.

Some people also believe that at the end of World War 2 the U.S. Army, which had big bases around Brisbane, buried all kinds of their equipment around the city rather than go to the trouble of taking it back home. This great website lists all kinds of stories about this, including military aircraft buried at Archerfield Quarry; Bren guns buried in swamps area near Eagle Farm; BP-38 Lightnings buried at Eagle Farm airfield; buried engines at Banyo; engines, cars, trucks and Harley Davidson motor bikes buried in the Forest Lake area; wrecked aircraft dumped at Johnston Street, Bulimba; Merlin engines from Archerfield dumped near the corner of Cavendish Road and Stanley Street; military aircraft, machinery and surplus equipment dumped in a flooded quarry at Morningside; plus other equipment buried in suburbs such as Herston, Windsor, Norman Park and Willawong.

How much of this is true? Some stories are quite factual, such as the ammunition dump found at Nundah near the Gateway Bridge. Others seem to be urban myths, like the tales of old army jeeps under what is now Fairview Park, in Fairfield. Local residents have claimed the jeep story cannot be true as the area was just lantana scrub until 1955, when it was made into a council dump and later on a park

The problem with what lies is beneath is the fact that it cannot be seen, much like the 'afterlife' or, as once was the case, the surface of Mars, the bottom of the oceans and the centre of the earth, and so vivid imaginations always fill in the blanks. That has certainly been the case with the tunnels of Brisbane.

Do you know of any other local hidden tunnel stories? I'm sure there must be more out there.