Was 1966 one of the greatest years in music history? The website nineteen sixty six: a classic year in 365 songs makes the case.

Like most Englishmen of a certain age I have a certain fond regard for the year 1966, with its iconic image of Bobby Moore sitting atop the shoulders of his England team-mates, lifting the Jules Rimet trophy to the sky on a sun-drenched London afternoon in July. Fifty+ years of footballing pain later, this remains the high point in the entirety of English sporting history.

The website nineteen sixty six: a classic year in 365 songs, however, is more concerned with the kind of cultural highpoint provided by another bunch of working-class heroes in London just six days later. The Beatles released 'Revolver', an album regarded by many critics as one of the greatest ever made, maybe the greatest. 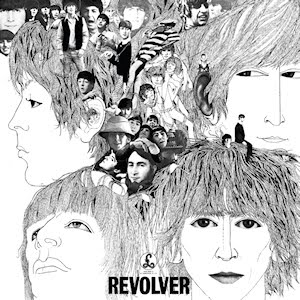 The World Cup and Revolver. That was the week that was, but I was one week old at the time.

Opinions are just opinions, of course, but there is no doubt that this was a time when many of the best acts in music were at the top of their game. 1966 was in the centre of the most enduring, creative, and transformative three-year period in pop/rock history. There is no point in trying to make the case for a single 'best' year, as both 1965 and 1967 were as full of landmark musical moments as 1966 was, and taken together these years provided a disproportionate amount of enduring classics. 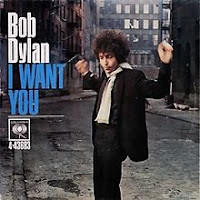 A simple roll-call of the artists active at that time should be enough to make the case for the greatness of 1966. Undisputed music legends such as the Beatles, the Rolling Stones, Bob Dylan, Elvis and Sinatra were together in the charts, and still had some of their best recordings ahead of them. Young unknowns David Bowie; Aretha Franklin and Bob Marley were also recording and learning their craft. Rarely was so much music royalty active at the same time.

R&B was on the ascendant, and Motown had the Supremes, Four Tops, Stevie Wonder, Temptations, Smokey Robinson and Marvin Gaye churning out hits, while Otis Redding, Percy Sledge and Wilson Pickett were at their peak.

British Invasion acts such as the Who, the Kinks, Dusty Springfield, the Animals, Herman’s Hermits, Yardbirds, Manfred Mann and the Hollies were still filling the charts alongside American artists including Simon and Garfunkel, the Beach Boys, the Byrds, Walker Brothers and the Righteous Brothers. 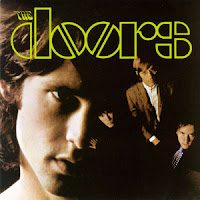 There were many moments of greatness, but even then the whole was greater than the sum of its parts. This was because there was a sense of a movement, and rising optimism that a radically better world was being shaped. Broadly speaking, the first half of the century had been dominated by world wars and crippling economic depression. The second half began with Cold War and the threat of atomic warfare, but by the 1960s there had been years of relative economic prosperity, the US Civil Rights movement had made historic gains, the peace movement was growing in strength, the voice of youth was being heard louder than ever before, the ‘Summer of Love’ was just around the corner and it seemed that a profound cultural revolution was possible.

Of course, it wasn't all paisley shirts, moptops and flowers. ‘Swinging London’ and the West-coast scene were confined sub-cultures, and most people still lived in the conservative reality of a black-and-white world. Racism, sexism and homophobia were endemic, social mobility was limited, and young working-class people still faced rigid cultural expectations of work, marriage and family. And their parents still bought records, which meant that the charts included such acts as Val Doonican, Ken Dodd, and even 1940s crooner Donald Peers. Indeed, two of the biggest-selling singles of the year were Sgt Barry Sadler's 'Ballad of the Green Berets' and Jim Reeve's 'Distant Drums'.

nineteen sixty six: a classic year in 365 songs covers the whole range of music from that year (including some obscure gems) to bring a fuller picture of what people were actually listening to back then. Musically, it was a great year, and we shall not look upon its like again.

Email ThisBlogThis!Share to TwitterShare to FacebookShare to Pinterest
Labels: music